The skateboarding world has a historical relationship with Dickies, with references of skaters wearing Dickies as far back as the 80s. Skateboarding’s love of Dickies has grown organically over forty-something years. That’s why we thought it was about time that we launched a specific Dickies Skateboarding brand division to celebrate the culture that we owe so much to.

We have several exciting launches coming up over the summer months that we can’t wait to show you. These include our mainline skateboarding collection and pro collections for two of our incredible team riders, Jamie Foy and Frankie Villani. Well done both, thoroughly deserved!

The Dickies skateboarding division features nifty technical innovations that will help you stand up to the inevitable punishments that skating tends to throw at you without compromising on that classic Dickies’ look. Our signature FLEX and Temp-iQ materials can be found throughout the Dickies skateboarding brand division, including in our 874 Flex Work Pant. FLEX is a technical fabric that provides enhanced fit and mobility, Temp i-Q technology traps cool air inside the yarn, next to your skin, which in turn cools you down and wicks away sweat, clever stuff indeed!

To mark this momentous occasion, we caught with Dickies’ skate team Manager and the man behind the new Dickies Skateboarding brand division, Joe Monteleone.

Hey Joe, thanks for taking the time to catch up, can you tell us a bit about yourself and what you do at Dickies?

Yeah, thanks for having me. I’m Joe Monteleone. I’m currently most of the positions at Dickies Skateboarding. So the brand manager, the team manager, the cinematographer, I do all the product seeding, I work with the marketing and advertising teams and I coordinate our shoots with our photographer and our skate team. I also work with sales and merchandising to ensure our clothes are on point. Everything Dickies skateboarding comes across my desk, and it all happens from my apartment.

Why do you think Dickies is such a firm favourite for skaters?

I think it has to do with a few things. But mainly, Dickies make durable pants that are very fairly priced. They're not expensive at all and they last a really long time. They always look good. They're essentially like a uniform, without being a uniform. Over the years everybody’s favourite skater has worn them, so that helps, having decades of good branding behind it without even trying.

Like you say, Dickies already has such a long and rich history in skateboarding, why create a specific skateboarding collection now?

I think it was overdue, to be honest with you. I think that it's a cool call out to the culture and how important it is to the Dickies brand that we recognise the skaters that helped make it what it is today. I think it's a testament to how the brand feels about skateboarding and its longevity, you know, we have an incredible team of skaters working on it and I think it's a good thing to recognise their hard work. I'm proud that it's gotten to this point. It's taken a long time, but it's super cool.

Have you got any exciting projects in the pipeline that you can spill the beans on?

So the big news is obviously the Dickies Skateboarding launch, we’re currently filming a promo video that's going to be about 10 minutes long, and it will have a Zack Wallin part and possibly a Ronnie Sandoval video part.

We’re also filming a part for Jamie Foy’s collection. I'm currently in Miami right now where Jamie is working on finishing a video part that he's filmed over the course of three weeks, which, if you know anything about filming skateboarding, is pretty insane.

In July, we have three new team riders getting announced, that's going to be pretty fun and special as well, wish I could tell you more, but I can't.

Frankie Villani’s collection is coming out later in the year, so he’ll be working on a video project as well, to come out to align with the launch. So ye, it’s going to be a busy, but exciting couple of months.

In the 90’s Dickies were made popular by Julien Stranger and the Anti-Hero team and SF ...

Earlier this year we teamed up with the Hackney Bumps Community Group to release a limited ...

CATCHING UP WITH JAMIE FOY 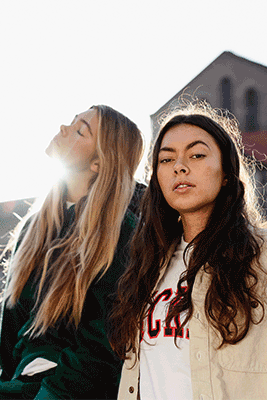